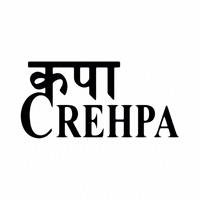 Previous item Issue 3 • Actions for... Next item Gender matters… to all of...

We are thrilled to announce a new partnership between The Center for Research on Environment Health and Population Activities (CREHPA) and Global Health 50/50 (GH5050) that will generate evidence, policy recommendations and action to drive gender equality and women’s empowerment in the health sector in Nepal.

In 2019, CREHPA and the National Women Commission co-hosted a launch of the GH5050 global report in Kathmandu, with the Minister for Women Children and Senior Citizen (MoWCSC) as the Chief Guest. The event brought together actors from national and international organisations who stressed the need for a similar accountability framework at the national level to ensure that policies and commitments are translated into action.

With the aim of meeting that demand, and building on previous collaborations, CREHPA and GH5050 have formed a new partnership, establishing the first GH5050 country-level initiative in Nepal.

Building on our proven GH5050 methodology, the partnership will generate evidence to support national actors in Nepal ensure that government health policies and programmes are gender-responsive, and development partners and other stakeholders in the health sector are supportive of gender equality efforts in the country.

Throughout the next year, a team of researchers, advocates and communications specialists will adapt the global GH5050 model to the country level, reviewing both key workplace-related and programmatic policies of government bodies, bilateral and multilateral organisations, UN agencies, philanthropic and funders, international non-government organisations, regional organisations, and private as well as public-private partnership organisations.  The work will be guided by a high-level advisory council in order to assess the country-level footprint of gender equality indices in both Nepal’s health system and country-operations of global health organisations and kick-start an accountability mechanism for progress on gender equality.

The landmark partnership provides a critical move for GH5050; moving us from a globally-focused initiative to one that has the capacity and partnerships to undertake research and advocacy at both global and national levels in more sustainable, equitable and effective ways.

Prof. Sarah Hawkes, co-founder of GH5050, explains, “The “theory of change” at the country level is based on the logic that if feminist leadership is strengthened, accountability mechanisms are put in place and health policies are increasingly informed by gender analysis, more effective health policies and more equitable health outcomes will follow.

This exciting partnership is our contribution to critically confronting the unequal power dynamics in the field of global health, not just in what we produce but also how we produce it.”

We will share regular updates on the partnership and look forward to working together to push for transparency around the policies that affirm the dignity, equality and well-being of people working for organisations and agencies of Nepal, as well as the people whom organisations aim to serve.