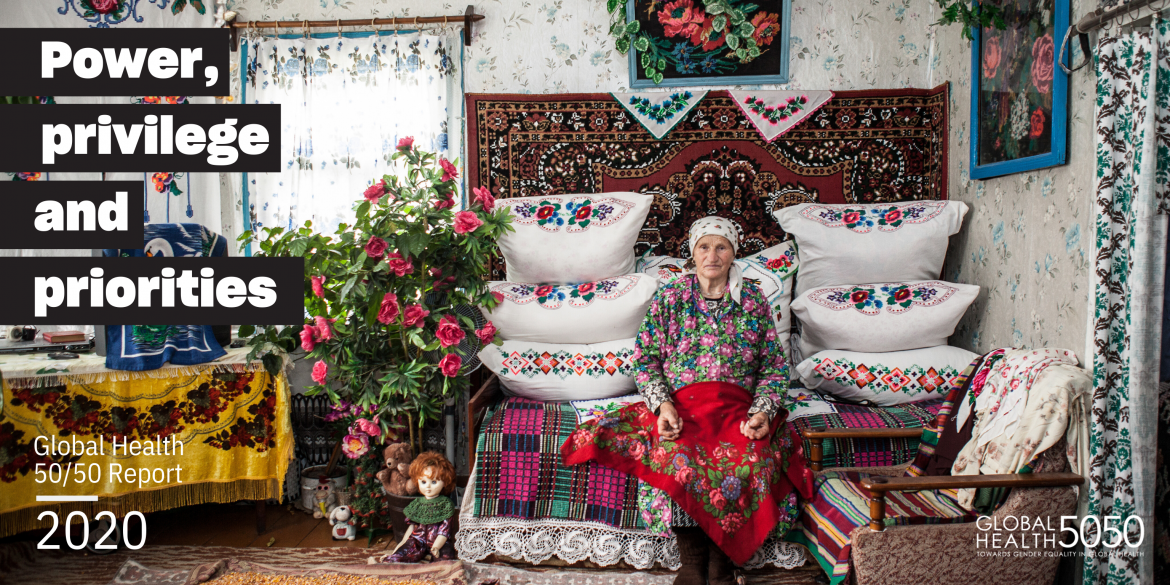 A word from the collective

Today marks the launch of our third annual report, Power, Privilege and Priorities. Like our previous two reports, it reviews the gender- and equality-related performance of 200 global organisations active in health and health policy. But this year, we decided that our report must look more broadly – not just to gender, but to how other drivers of power and privilege continue to shape the global health landscape.

Gender has a fundamental bearing on how power and privilege are distributed and maintained, and is a key determinant of everyone’s health and wellbeing. Gender also acts as a gateway to revealing and understanding opportunity, expectations and achievements along a number of structural and social stratifiers, such as class, geography, ethnicity/race, age and (dis)ability.

This report steps through that gateway. It urges actors and organisations to interrogate systems of power—global, national and local, interpersonal and institutional—and how they undermine an equitable and effective global health system. It also urges an assessment of how social and political structures intersect with one another to drive vulnerability and ill-health among those with less power.

It is time to face up to the entrenched power dynamics at play in global health. We find that more than 70% of leaders in our sample are men, more than 80% are nationals of high-income countries and more than 90% were educated in high-income countries. This strikes us as a system that is neither fair nor fit-for-purpose. We believe that the health and well-being of people around the world will benefit from—and require—diverse leadership.

Activists and their allies have compelled decision makers and organisations to confront discrimination, inequity and the historical underrepresentation of some groups in the field of global health. A primary aim of this report is to catalyse faster progress in this journey by enabling a degree of enhanced accountability through rigorous evidence.

A second aim of this report is to recognise the role that gender plays in driving health outcomes in everybody—men, women, and people with non-binary gender identities. In our male-default world, gender norms as drivers of everyone’s  health, including men and boys, often remain under-appreciated and under-addressed. Our report captures the extent to which the global health system is addressing and acknowledging gender as a universal health determinant.

Our third aim is to unite the fragmented and sometimes competing global health world around a fair, relational understanding of gender. In 2020, the very concepts of gender and gender equality, and those who dare to promote it, are under attack worldwide. Given the highly politicised and contested environment in which many organisations concerned with gender work, we recognise that some organisations are suffering financially and in other ways from their position on gender and gender equality. Now is the time for the global health ecosystem to be clear and resolute in both what gender means and that gender equality benefits everyone—in line with leaving no one behind and the right to health for all.

At Global Health 50/50, we also recognise our own shortcomings in diversity and access to opportunity. Our collective is built of people—primarily women at the start of their careers and who are in the privileged position of being able to work flexibly and not rely on this work as a primary source of income. We commit to reflecting on the biases and limitations within our own collective, and introducing more inclusive ways of identifying people who wish to work and partner with us—representing a greater variety of genders, social classes, geographies, nationalities, stages of career, etc.

To date, our focus has been the global operations of organisations active in health. This was a strategic decision. Organisations must get their own houses in order if they are to be credible gender and equality champions in countries. Real impact, however, lies in so-called grassroots mobilisation to demand that government health policies and programmes are gender-responsive—only this approach will ensure the sustainable generation of equitable health outcomes for all. As such, GH5050 intends to enter into partnerships with advocates and organisations that seek to advance evidence-informed advocacy on gender equality and diversity in health in select countries.

We close with a thank you to those people who are using the power and privileges at their disposal to push for gender equality, including our Advisory Council. We are also grateful to colleagues that challenged us to expand our lens beyond gender. May this report further fuel the collective demand for a more critical, political understanding of the field of global health, and for action to stamp out the causes of health inequities around the world.

The Global Health 50/50 report, and its accompanying Gender and Health Index, provides the single-most comprehensive analysis on gender equality and the distribution of power and privilege in global health. Through these vehicles, we aim to inform, inspire and incite action and accountability towards equality in the workplace and in global health policies and programmes.