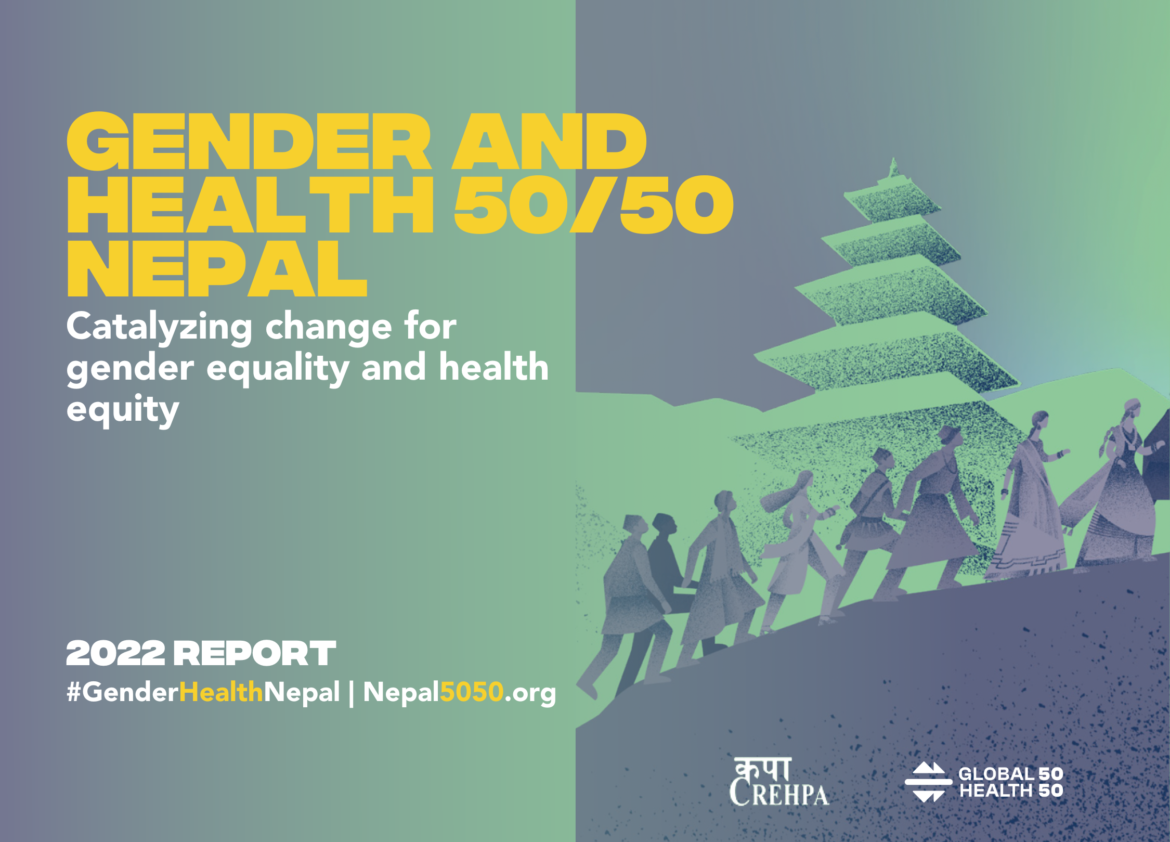 Previous item New Policy brief: Gender... Next item Out now: Boards for All?...

Organisations active in health policy and programming in Nepal are falling short on gender equality, finds a newly-released study by the Center for Research on Environment Health and Population Activities (CREHPA) with the support of Global Health 50/50. Despite Nepal’s Constitution and several other pieces of recent legislation that aim to protect the rights of women, the study of national organisations and global organisations operating in Nepal reveals low levels of transparency and availability of policies and practices that support gender equality.

The study, available in the report, Gender and Health 50/50 Nepal: Catalyzing change for gender equality and health equity, examines the gender equality of the workplace and health programming of 77 organisations operating in the health sector in Nepal. Forty-seven (47) of these organisations are global with operations or offices in Nepal and 30 are national NGOs. An additional analysis of two ministries and three government departments was also conducted. The report is the first of its kind and aims to provide evidence for measuring gender equality in the health sector in Nepal.

Commenting on these findings, Dr Mahesh Puri, Co-Director at the Center for Research on Environment Health & Population Activities and co-author of the report said, “This study has revealed that global and national organisations are far from achieving transparency for gender equality. Few organisations are publishing workplace policies that support women’s career paths and provide equal opportunities. These policies need to be publicly available, not only to bring about transparency but also to hold these organisations to account for their commitments. Our report is the beginning of assessing progress on these measures of gender equality in Nepal.”

Workplace policies for gender equality, diversity and inclusion promote and support better workplaces while also facilitating career progression for women and other underrepresented groups. Of the 47 global organisations reviewed, the study found three workplace gender equality policies and two diversity and inclusion policies specific to their operations in Nepal (as opposed to global policies). More than half of maternity policies reviewed provide fewer weeks of paid leave than what women are entitled to by law as laid out in the Safe Motherhood and Reproductive Health Rights Act 2018 – demanding urgent attention to ensure that workplace policies are up-to-date.

The Report also reveals significant gaps in the gender parity of leadership and management positions. The findings show that women continue to be underrepresented at the highest level. Just one third (10/30) of national NGOs were led by women. Male leadership dominates in the government departments assessed despite commitments in the Constitution to promote the appointment of women in civil service. The senior management of the Ministry of Health and Population was highly unequal with 89% (25/28) of positions occupied by men. However, the senior management of the Ministry of Women, Children, and Senior Citizens had achieved gender parity (54% men and 46% women) at the time of data collection (June 2021).

Gender-transformative programming is central to addressing inequities in health outcomes, however, nearly one in three (9/30) Nepal NGOs have gender-blind programs. In contrast, among the Nepal-based programmes of global organisations just 4% were found to be gender-blind.

Reflecting on the report Global Health 50/50 co-directors, Professors Sarah Hawkes and Kent Buse, said, “We are so pleased to have supported CREHPA in producing this pioneering report. The partnership has opened up new possibilities for understanding gender equality in national contexts. Effective change comes from within – we encourage Nepalis to use this data to demand gender equality and health equity.”

Gender and Health 50/50 Nepal is a joint initiative between Global Health 50/50 and the Center for Research on Environment Health and Population Activities (CREHPA).