The aim of gender equality in the workplace is to achieve broadly equal outcomes for women and men. Achieving gender equality is important for workplaces not only because it is ‘fair’ and ‘the right thing to do,’ but because it is also linked to increased organisational performance, enhanced ability of companies to attract talent and retain employees, and enhanced organisational reputation.

GH5050 assessed which organisations are translating their commitments to gender equality into practice through action-oriented, publicly available workplace policies. It identifies which organisations go beyond minimum legal requirements and implement affirmative policies and programmes with specific measures to actively advance and correct for historical inequalities.

Examples of specific measures may include: Gender-responsive recruitment and hiring processes; mentoring, training and leadership programmes; targets for women’s participation at senior levels; gender analysis and action in staff performance reviews and staff surveys; regular reviews of organisational efforts towards gender equality; reporting back to all staff.

61% (117/191) of organisations reviewed have publicly available workplace gender equality policies or plans which contain explicit targets, programmes or measures to achieve equality. This marks no change over 2020, which found that 60% (114/190) of organisations had such policies in place. 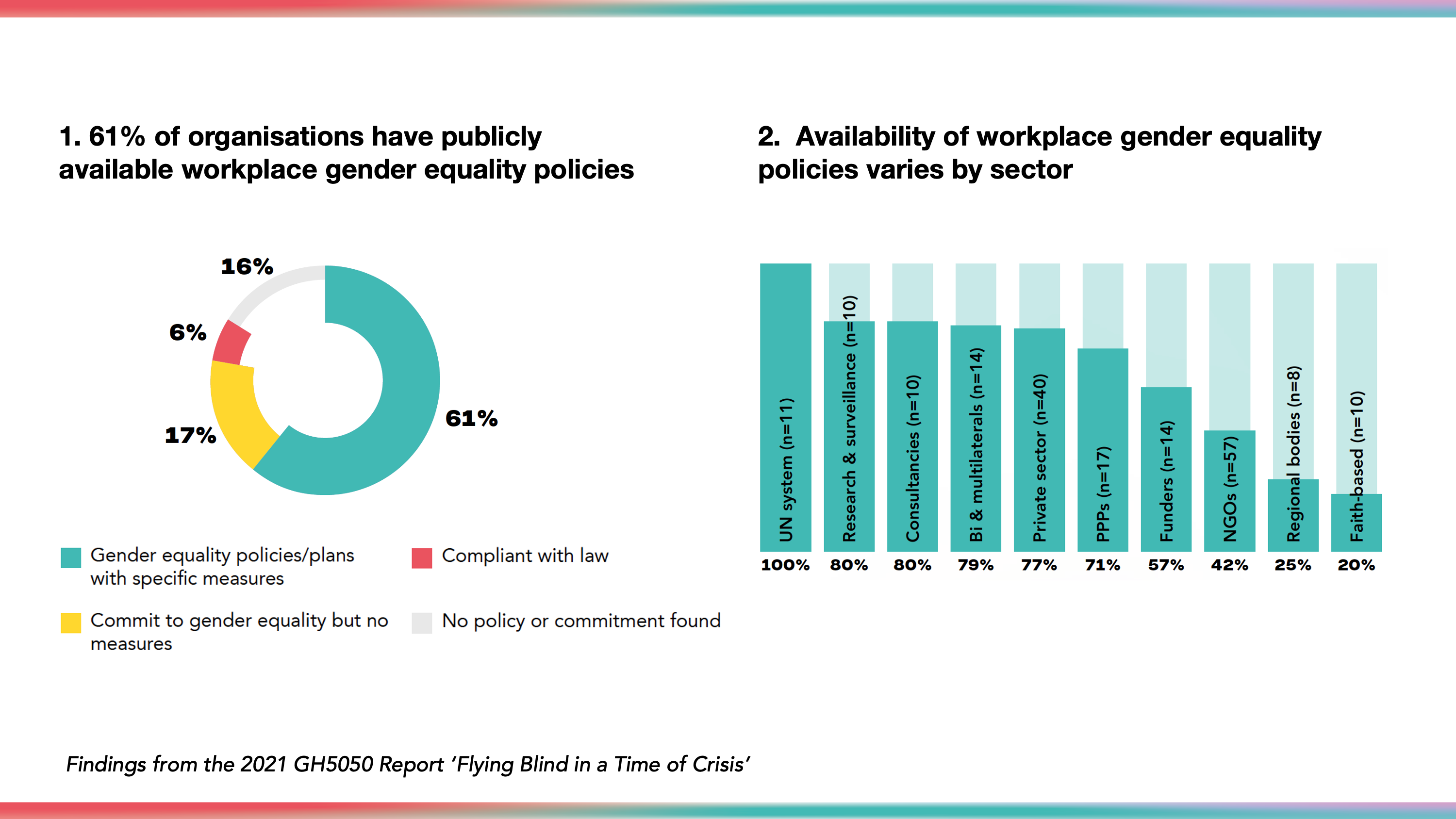 The pace of progress previously recorded appears to have stalled. Whether this is a result of organisations not publishing internal plans or not developing them altogether is unclear.

Further, while a majority of organisations have gender equality measures in place, few policies and plans define the accountability structure to assign responsibility, clarify expectations, and measure progress towards realising gender equality across the workforce.

“I encourage people to be inspired by the data in the 2021 GH5050 Report, and to know that organisations do not have to wait until they have big plans and major resources to make progress. Many specific, incremental improvements will add up to meaningful change for your staff, board, partners, and ultimately, the field of global health.”

To access all publicly available gender equality policies and plans reviewed this year, go to: https://globalhealth5050.org/2021-policy-links/